Dohiyi Mir
In Which NTodd Says His Peace
Wednesday, April 07, 2004
Go to the new DM blog.


An Eye For An Eye 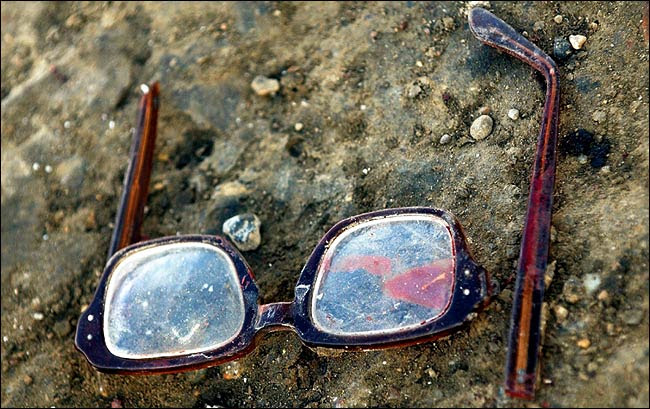 From a NYTimes photo gallery documenting the battle in Ramadi. This photo's caption: The bloodstained glasses of a U.S. marine were left behind.


"You have heard that it was said, 'Eye for eye, and tooth for tooth.'

But I tell you, Do not resist an evil person. If someone strikes you on the right cheek, turn to him the other also.