Dohiyi Mir
In Which NTodd Says His Peace
Friday, February 06, 2004
Go to the new DM blog.


Hubble has taken this new picture of the Eye Of Sauron: 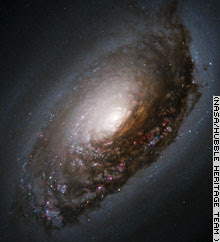